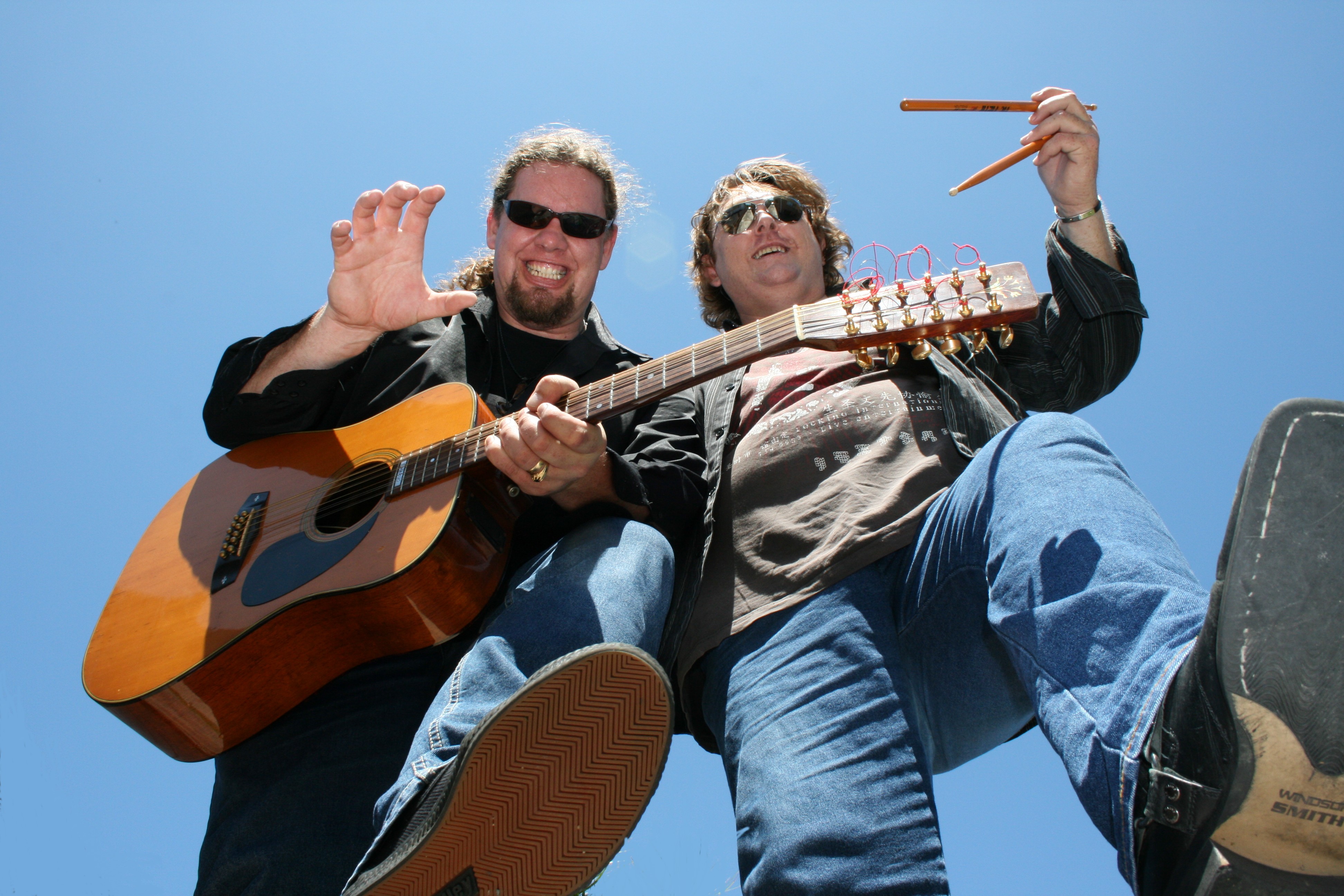 by The Big Duo

Scottish born Drummer/Singer Duncan Mitchell has lived in Brisbane since the early 70’s and been playing drums since he was five years old. “I used to set up with pots n pans in the dinning room of our Camp Hill home and play along to Beatles, The Sweet and even Barbara Streisand records” he recalls. “I was always drumming along to something… no anything, I just loved it”. Having played for over thirty years now, he still has the same passion for drums and even owns his own drum store on the Southside of Brisbane. The singing came later and by chance when the lead singer in his band lost his voice and couldn’t go on for the last set, Duncan sat down with the guitarist and worked out the songs they could play then sing between them and had the crowd screaming for more at the end of the night. He later formed a three piece band with the same guitarist and they shared lead vocals every night for over three years at some of Brisbane’s top venues and events. They also toured nationally with the Australian Rugby Wallabies team as post match entertainment and made regular appearances at the Black Tie Balls held on NYE at Brisbane City Hall.

“You really have to see him on stage to believe it, I thought the singer must have been off stage with a radio mic until I realized it was the drummer singing as well… simply amazing”. Mark Tunaley – Original Drummer from You Am I.

Queensland Guitarist/Singer Shawn Markham was a member of this states first High School “Battle of the Bands” winner nearly twenty years ago. Originally from Gladstone he moved to Brisbane soon after High School to pursue his musical career and has gone on to share the stage with Australian legends like Phil Emmanuel and Jon Stevens. Given a guitar instead of a motorbike as a present from his parents one year, “…it wasn’t exactly love at first sight” says Shawn. “I nearly gave up on the thing all together at one stage, then something just clicked in the learning process and it all started to make sense and become easier”. Brisbane music lovers would have missed out on a lot of good times as he went on to play in bands like China Zoo, The Feel and later on Zero Cool and Wonderboy. He was also given the opportunity to sing the National anthem at ANZ stadium at an internationally broadcasted game for the NRL that was seen by millions. In Mid 2008 he was asked to fill-in for a sick guitarist at a gig in the city and immediately struck up a great musical combination with the drummer, this has since gone on to be the origins of The Big Duo, a band that fully utilizes the uncompromising guitar and vocal ability that Shawn has to offer. As if to re-enforce this in our minds, BOSE Australia recently called on Shawn to demonstrate their brand new amplifier system to all of their retail store owners nationally, the comments and reviews were amazing… they didn’t mind the new BOSE system either.

“He’s bloody good… even brilliant is understating his talents on the guitar and I haven’t even mentioned his bloody voice yet… bugger!” Phil Emmanuel – Aussie Guitar Legend.

THE BIG DUO name was bestowed upon these two lads at their first gig together by a patron impressed by the quality and fullness of the sound they were producing for a Duo… the fact that they are both over six feet tall just cemented the name firmly upon them and they have been entertaining a multitude of venues since that inception in 2008. Whether you are having an intimate party, massive knees up or even the most important day of your life, these lads can make it better. They have an enormous catalogue of tunes in their ever growing song list, reaching back into the 60’s and including the current smash hits of today and they can deliver all with feeling and sweet harmonies that will engage any crowd. The boys use the latest in Bose audio technology to deliver crisp clear sounds at any level required while being almost invisible in the room, (no more large black speakers on unstable poles!), and can light up everything from back yards to town halls utilizing their modern lighting rigs. You simply will not believe how good two guys and their instruments can sound and look until you hear them for yourself. They are professional guys with professional gear that deliver a professional service, it just happens to be fun at the same time. 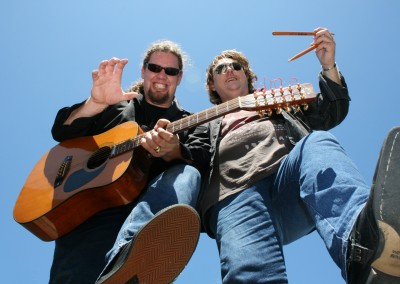