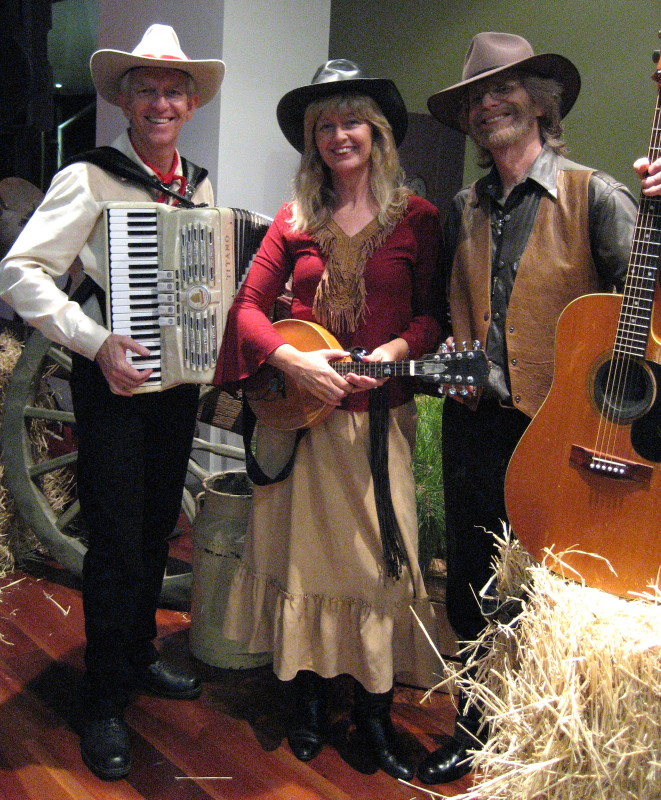 Corporate Functions
Formed in 1990, Bushland Boogie has entertained for countless functions with a Heritage, Country or Bush theme, including Corporate events at the Noosa Sheraton, Twin Waters, The Gold Coast International the Treasury Casino and the Coolum Hyatt. In 2002 they were chosen to perform at CHOGM representing Australiana to distinguished International guests.

Bush Dances and Festivals
For 10 yrs the band played for the Bush Dance for the children at the Gympie Muster, and has performed at Festivals and Shows all over Queensland including Woodford Folk Festival, The George St Fair, Farm Fantastic, Starlight Stampede, Hervey Bay Whale Festival, Pine Rivers and Mt Gravatt Shows, SE Qld Garden Expo…..to name just a few. They have many schools and clubs that have become regular clients.

Private Functions
With a repertoire covering not only traditional Australiana, but also Classic Oz Rock, Country, Bluegrass, 60’s and 70’s the band has the versatility to cater for any audience. With dance caller Maggie giving instructions, even those blokes with two left feet will soon be kicking them up in style! A typical night includes all the traditional Bush Dances, as well as lots of party dances…the Chicken Dance, Mexican Hat, Nutbush, Hokey Pokey…. which are always favourites with the kids.

Then there are Waltzes, Barn Dances, Gipsy Taps and of course good old Rock’n’Roll. The songs in between will range from traditional Australiana to the more contemporary songs of Slim Dusty, Paul Kelly, Men at Work, Shane Howard, and even Cold Chisel.

If you like Country music, you’ll love the renditions of songs by the Eagles, John Denver, Glen Campbell, Anne Murray, Willie Nelson and many more…..

COUNTRY SONGS
The Gambler
Grandma’s feather Bed
Me & Bobby McGee
My Shoes Keep Walking Back
Back Home Again
Country Roads
Annie’s Song
Crazy
Gentle on My Mind
Fly Like a Bird
Freight Train
All of Me
Peaceful Easy Feeling
Take it Easy
Could I Have this Dance?
On the Road Again
Bonaparts Retreat
Bootscootin Boogie 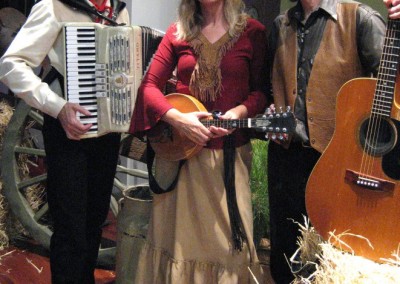 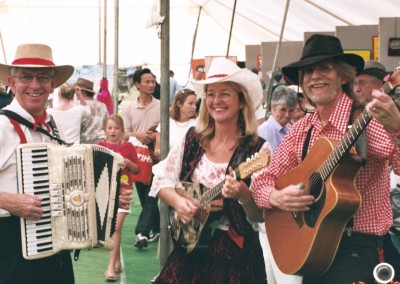