One of those nights -The Eagles Stage Show

This two-hour stage spectacular captures the sounds and excitement of Americas country rock Icons. Featuring: All the timeless rock and roll classics, that defined The Eagles as 1970’s superstars.

The highly acclaimed show takes the audience on a musical journey of THE EAGLES– the highest-selling American band in U.S history with over 120 million album sales worldwide, six Grammy Awards, five American Music Awards and ranked by influential Rolling Stone Magazine’s 2004 list of the 100 Greatest Artists Of All Time whilst also ranking the band’s 1976 ‘Hotel California’ album 37th in their 500 Greatest Albums of All Time.

Master pieces such as; “Take It Easy”, “Witchy Woman”, “Already Gone”, “One of These Nights”,

“Lyin’ Eyes”; “Take It to the Limit”, “New Kid in Town”, “Desperado”, “Hotel California” and “Life in the Fast Lane”-are all faithfully reproduced and are sure to set the dance floor ablaze.

The Eagles stage show is much more than a concert; it’s the ultimate country rock experience.

The cast of 6 multi-talented & internationally respected musicians bring to life a stage show unlike any other- complete with replica costumes and instruments-All backed by state-of-the-art sound, lighting and video special effects. So get aboard the midnight flyer, as we set off down the dark desert highway of the 1970’s featuring the platinum hits of The Eagles.

All the Eagles classics 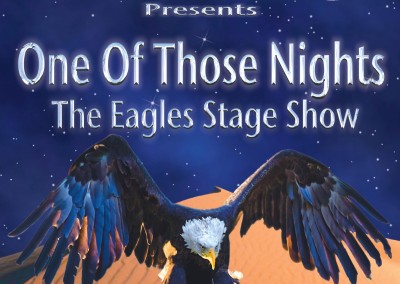 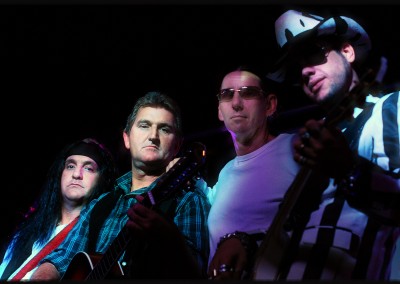 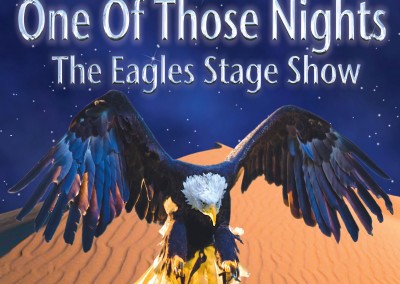