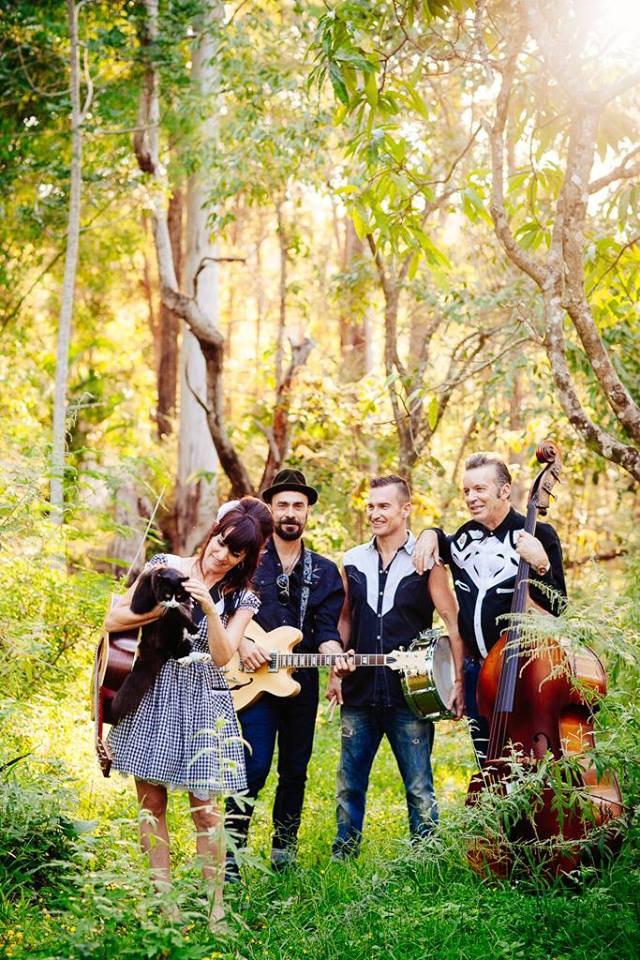 by A Band Called Twang

Since bursting onto the Rockabilly scene ‘A Band Called Twang’ hailing from the Sunshine Coast of Queensland, Australia, have been literally sweeping people off their feet.

Contributing to their success is the brilliant tight musicianship and live performances exuding an infectious sense of fun, excitement and impressive vocal prowess.

Though what really sets them apart is A Band Called Twang’s unique original repertoire that combines the roots music styles that merge in the Rockabilly/Americana form with their own indelible style.

This band is in great demand nationally with upcoming dates scheduled for Victoria and Sydney and tours in the planning for South and Western Australia.

This year the band will officially release their second album ‘ROOTIN’ TOOTIN’’ reflecting the maturity of this band.

With this record A Band Called Twang delve into the Country Roots styles that were either drawn into or spawned out of the crucible of their much-loved Rockabilly. 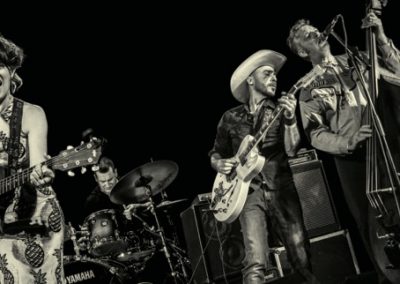 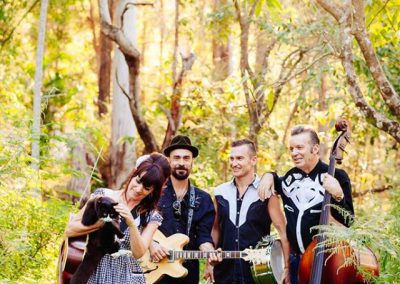